there are many others worse off than us

A month ago, not many people had heard of Ishinomaki in Miyagi Prefecture. Like other small cities in Japan, the local council had tried to put it on the tourist trail by establishing a quirky museum and promoting the area’s seafood businesses. But - by and large - Ishinomaki’s 160,000 residents went about their daily lives away from the public gaze.

All that changed on March 11th, 2011, when a ten-foot tsunami obliterated large swathes of the city and swept away approximately 5,000 local people. Three weeks on, the survivors are still struggling to find food, fuel and shelter - not to mention a way to come to terms with the trauma they’ve experienced.

Last week, I accompanied NGO Peace Boat and video-maker Richard Grehan on a relief operation to Ishinomaki City. As the volunteers shoveled mud, cooked meals and distributed supplies, I conducted a far less grueling task - I talked to some of the residents about their experiences, needs and worries for the future. 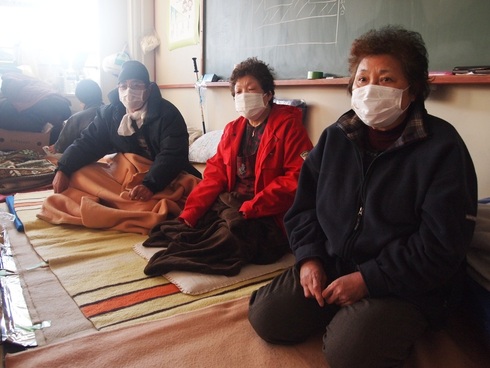 Tohoku people are renowned for their taciturn manners, and at first, people were reluctant to speak. Ten or fifteen minutes into the interviews, however, when they realized I wasn’t searching for a 5-second sound bite, something in them seemed to give way. Their stories came out in a flow of pain, guilt and disbelief at what they had experienced. Time and time again, they described the Hollywood-like disconnect of racing before the massive tsunami. “It was as though we were in a movie.”

There was another phrase that was just as common in these survivors’ testimonies. No matter how bad their homes had been damaged or how many of their friends and relatives were missing, Ishinomaki’s residents assured us that their losses were negligible. “There are other people far worse off than us.”