Agent Orange on Okinawa - A Talk for the documentary, "Living the Silent Spring"

During the Vietnam War, Okinawa was a major staging post for the US military. The Pentagon brought all of its supplies through Okinawa on the way to Vietnam. It brought everything from toilet paper and guard dogs - to coffins and poison gas. But the Pentagon repeatedly denies that it ever brought Agent Orange to Okinawa.

During the past year, over 25 American veterans have contacted me to tell me that they were exposed to Agent Orange on Okinawa. And every week I receive emails and phone calls from former service members wishing to share new information. According to these veterans, Agent Orange was present in huge quantities here on Okinawa. It was here for the 15-year period between 1961 and 1976 on over a dozen military installations.

The veterans unloaded Agent Orange from ships at Naha Port and White Beach. They stored it at Machinato Supply Depot, Camp Foster, Camp Schwab. Most of it was shipped to the war in Vietnam. But the rest, they sprayed around the bases to keep the runways clear and make the grounds look neat for their commanding officers.

The veterans also say that they buried broken barrels of Agent Orange on Camp Schwab, Kadena, Futenma and Chatan. Why did they bury them? Because burial was cheaper than shipping the barrels back to the States for safe disposal.

All of these veterans are sick from their contact with these poisons. Cancers. Chloracne. Diabetes. In some cases - like you saw in “Living the Silent Spring” - their children are sick, too. They were born disabled by spina bifida, bone deformities, cleft palates. Sometimes their mothers aborted them before they survived the full term.

The veterans with whom I am in contact are only the tip of the iceberg. Over the past few months, I’ve been researching US government records. These documents show that at least another 130 veterans claim they were exposed to Agent Orange on Okinawa. They are sick. Some are dying. Some have already died.

When these veterans handled these chemicals, their commanders told them they were safe. But now they have been abandoned to their illnesses. And the government is refusing to help them. 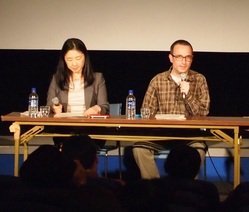 However, it’s not just these American service members who have been poisoned. These veterans frequently saw Okinawan base workers spraying these chemicals. Most of the time, these workers were not wearing any protective clothing so they breathed in these toxic dioxins.

A 1966 US government document detailing a visit from a team of Air Force advisors to Okinawa proves that base workers used these chemicals here. But the Pentagon still denies these poisons were ever here on this island.

Nor were these chemicals confined to the bases - it seems that they escaped beyond the fences. According to the veterans, one of the military’s primary storage areas for Agent Orange was Camp Schwab. They claim that there were hundreds of orange-striped barrels stored on the base.

Last November, I visited Nago and talked to residents who lived near Camp Schwab. They told me that the sea near the base used to be a bountiful larder where they could gather food all year round. But during the 1960s and ‘70s, everything changed. The seaweed died. The fish disappeared. The shellfish started to emit a black oily fluid.

When I told the veterans this, I thought they’d be angry. But it didn’t surprise them. Their own government has been calling them liars for years. The Defense Bureau’s refusal made the veterans more determined to prove these poisons were here on Okinawa. These veterans want justice not only for themselves but also for the people of Okinawa. These American men and women are at the end of their lives and they seek some peace for the damage they unwittingly caused here.

It is not only Nago where potential dioxin hotspots might exist. It’s the Yanbaru. Iejima. Chatan.

In the Yanbaru today, there are patches of barren land that used to belong to the US military where no trees grow, no plants and there is evidence of deformed animals. These areas look horribly similar to photos of former US bases in Vietnam that stored Agent Orange. But not a single test has been conducted in the Yanbaru for dioxins.

On Iejima in October 1973, the US military sprayed 2000 square meters of land with defoliants. It killed the farmers’ grass. The residents of Maja village were furious. Shoko Ahagon and the Tochi o Mamoru Kai filed a complaint with the military.

To my mind, the defoliation of Iejima is especially abhorrent. It occurred in 1973 - a year after the military had stopped using Agent Orange in Vietnam - at a time when the Pentagon was well aware of the dangers of these chemicals. But they used them against the farmers of Iejima. This to me is a criminal act that warrants much further investigation.

All of this brings me to Chatan. A US veteran told me that he saw dozens of barrels of Agent Orange buried there in 1969. At the end of last year, Chatan City Council authorized funds for dioxin tests.

The veteran clearly understands the gravity of his claims. And he is petrified that the US government will take revenge. But on January 13th, he met with his Congress member and told him about the burial. The Congress member has promised to look into the matter. 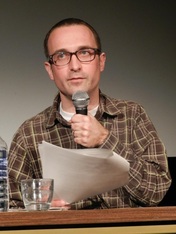 So the Pentagon keep denying. It keeps delaying. It keeps ignoring the overwhelming evidence and hoping the veterans - and the media - will fall silent.

In “Living the Silent Spring”, you saw the damage that these poisons are continuing to cause in Vietnam. Over 20 potential dioxin hotspots. An estimated three million Vietnamese sick from Agent Orange.

These are horrific numbers.

But in one small way, the people of Vietnam are more fortunate than the people of Okinawa. In Vietnam, the American bases are gone so people are free to investigate the extent to which their soil and water is poisoned by dioxins.

But here in Okinawa, the bases remain. Kadena. Futenma. Camp Schwab. The Northern Training Area. These bases haven’t changed since the Vietnam War when they were used to store thousands of barrels of Agent Orange. Because the Pentagon still controls this land, it will continue to refuse dioxin tests within the bases.

This means that the people of Okinawa still don’t know the degree of dioxin contamination of their land. I call upon you to telephone your councilors. Write to your Mayors and the governor. Knock on the doors of Nagatacho. Demand these tests. Demand the right to know if the land beneath your feet is poisoned.

These dioxins stay in the soil for decades. They’re strong and they’re persistent. But I believe that there’s one thing that’s far stronger. One thing that’s impossible to hide no matter how deeply the Pentagon tries to bury it - truth.

And I’m confident that together we’ll uncover it.