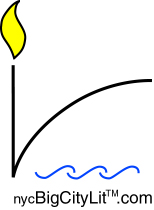 Serious American writers should subscribe to offshore publications: from England, for example, the all-poetry Iota (4/$15.00) or this journal from Wales (nonfiction, feature, book review, short story--and in this 72-page issue, 69 poems). Yes, comparatively expensive, yet we know it's the postage makes it so. Its five book reviews are endearingly formal (Ah, university days!), complete with footnotes and bibliography, but textured too, each thesis energetically argued: "Ted Hughes and the Classics," "Paul Celan's Prose and Poetry," recent British poetry anthologies, and more.

The features are tight essay, rumination: Jon Mitchell describes English-language schools in Japan: ". . . 2,500 of them . . . everywhere . . . outside every urban subway station [and] no town centre is complete without a major burger shop, a slot-machine parlour and aneikaiwa." Foreign teachers survive about eighteen months, ". . . long enough to get together a deposit for a house back home, others get fired for knocking up students or preaching about women's rights, World War Two, how the West is best. Fear of earthquakes, train molesters, the heat all take their toll."

W.D. Ehrhart sets the record straight about an American poet, William Wantling. It turns out that Wantling lied about nearly everything: his Korean War experience, imprisonment, marriages, etc. Ehrhart presents a fascinating methodology used to ferret out the truth. It is a cautionary tale, of course: Don't fall for the con that a poet necessarily knows what his poetry means--and remain steadfastly leery of self-promoting, autobiographical mythology. [Highly regarded for his poetry on Vietnam, W.D. Ehrhart contributed to the June feature, 'Only the Dead.' See Archives. Ed.]

The poems in Poetry Wales span the gamut from journeyman to sublime craftsmanship. FromVictoria Edwards Tester of New Mexico come ten poems of New Age bafflegab (though the benighted will salivate over aura, karma, shape-changing): "At night I walk through the pioneer cemetery with a man . . . / He holds my hand, and suddenly I know he's a wolf." In another poem, "Winter," the narrator is without wood, ". . . and our Seventh Day Adventist neighbors / sent us kindling for our stove . . . / we threw Genesis and Ecclesiastes / and even the sweet Song of Solomon / into the fire." A university press will publish, The Miracles of Sainted Earth in 2002, and so . . . Gaea galore!

But there is excellence from a dozen of the seventeen poets represented. Lyndon Davies creates 'effigies' (ekphrasis, actually) of the famous, in clever vignettes. On Sylvia Plath:

. . . the moon sways out and the mountain
slashes at it with its keen edge.
Imagine the sweetness of those drops
the split moon drips.

It is pleasant to converse:
a bit like manoeuvring an old cart
over the ruts and bosses of a well-worn track,
and pausing from time to time, and listening
to all the sounds of the wood. . . .

James Sutherland-Smith, in Balkan settings, and the Italian poet Cesare Pavese, in Turin, along the Po, offer powerful and seamless narrative poetry. In "Wearying Work," a life-stunned man walks the same few streets of a town daily, going nowhere.

You need to stop a woman,
talk to her, convince her you and she should live together . . .
This is why sometimes
at night a drunk works himself up into a speech
outlining all the plans he's ever made in his whole life.
(Transl. Duncan Bush)

That woman is never met. In another poem of isolation, "Twilight of the Sand Diggers," dredgers recall women they've seen in the river during the day swimming or ashore (making love). At sunset, however, these men are

sunk in water to the waist. . . .
cold's gripped their balls and numbed their kidneys . . .

All some can think of
is mooring their boats and falling on the bed
and eating in their sleep . . .
But some keep seeing them, those bodies in the sun. . . .

Only in their dreams!

Some poems fail, the reader strangled by a poet's too self-conscious manipulation of persona/tone/voice, yet there are single poems of unsurpassable power or beauty. In John Barnie's "Facts," men at the ironmonger

. . . walk past the felling axes straight
to the chain saw display, and pick one up with a hand
behind the guard, wielding it in a few quick strokes
testing for balance; the quiet samurai of facts. . . .

They come from elsewhere.
They arrive exhausted:
so they cry, they sleep.

I held you tightly, making you aware,
I brought you to yourself;
Warm milk entered your belly

and straightaway you started to forget
your journey. . . .

Offshore subscriptions illustrate the universality of our writerly tools: telling trope and line-length (pitch/stress/juncture) in poetry, pithy phrase, the undulant unfolding of theme in essay or fiction. They also emphatically, even eerily, demonstrate the atavistic concerns of all human souls, which are simultaneous on all continents: love and loss/dream and remembrance, the cobbled repair of aching hearts.

In Poetry Wales (even at 4/$27), essay, review, feature, and poetry show our like-as-peas-in-a-pod, body-electric journey. Subscribe!

(A prolific, independent reviewer, Tim Scannell, writes regularly for the magazine. He lives in Washington State.)
[Robert Minhinnick does an annual series of readings in the U.S, ordinarily in the Fall. This year, he reads in New York in mid-October, then goes on to Los Angeles. Ed.]